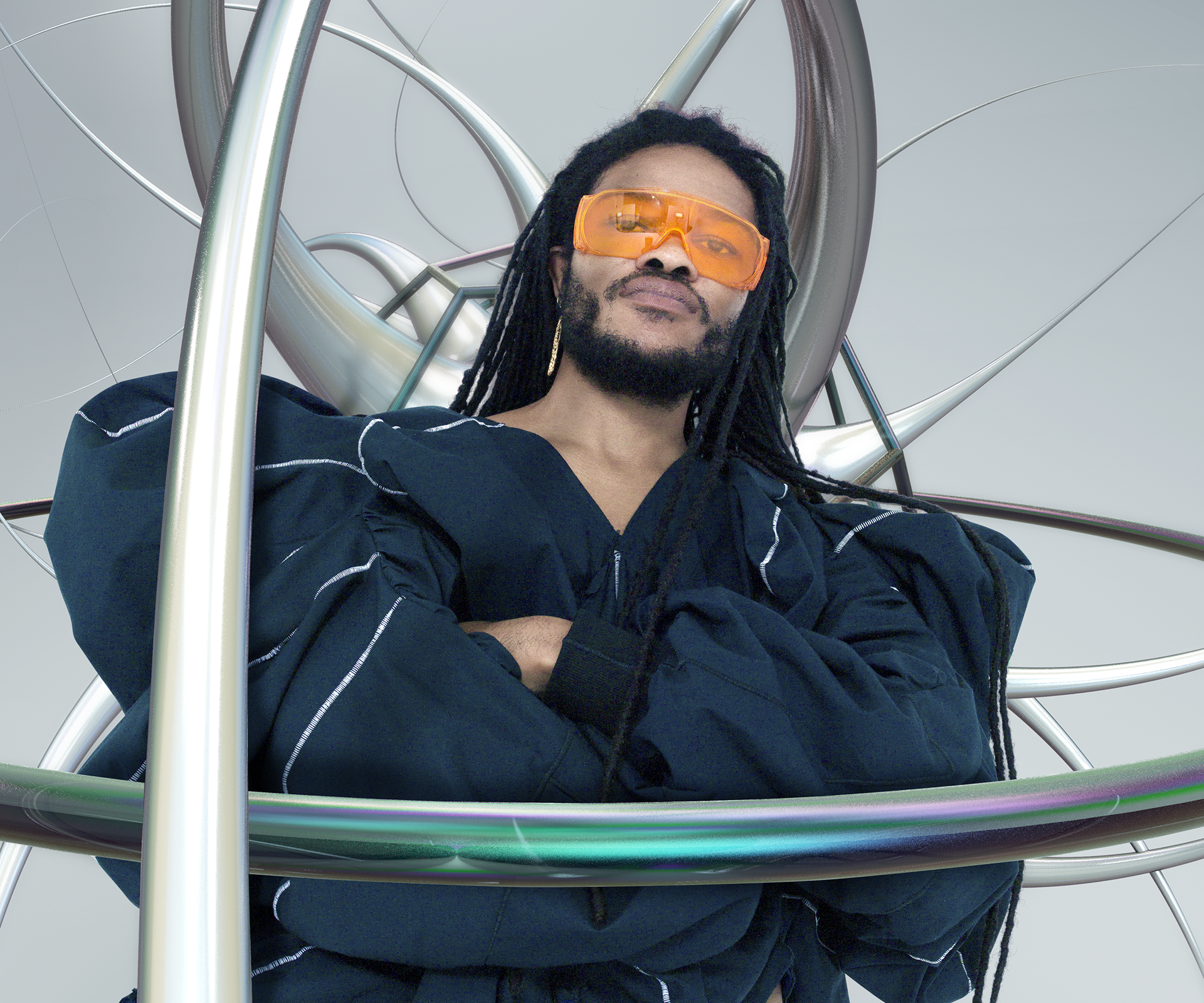 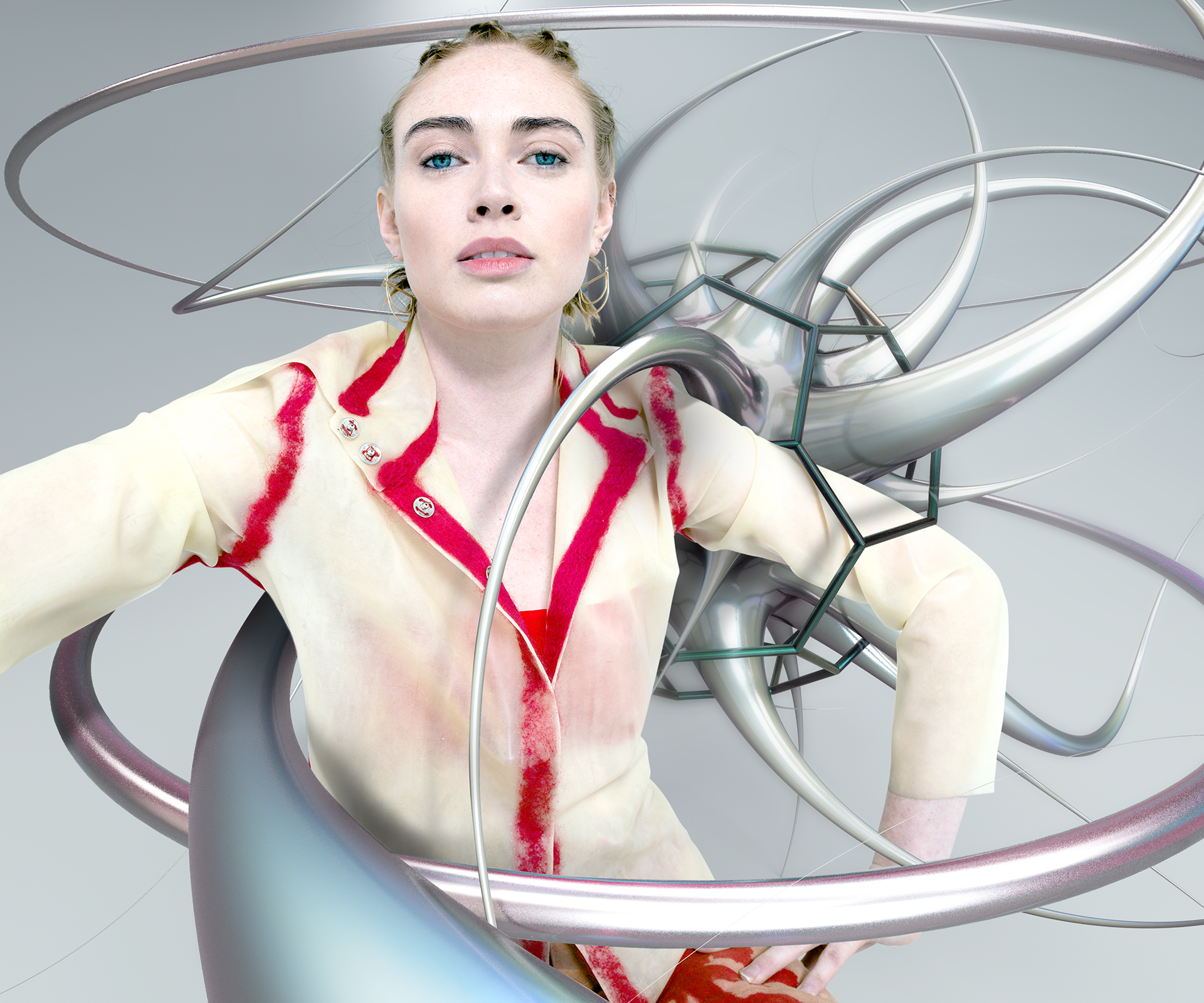 Current Obsession Magazine [Shoot + Interview]
Link
Creative Direction • Production • 3D Graphics + Motion • CGI
I created a series of gritty, glossy, hybrid human/avatar paintings that capture you the audience in the act of digital trespassing and celebrate the building of ourselves through the building of our digital environments. Here I present three modes of Internet existence: the Followed, the Hacker, and the Isolated.
The Hacker, with their rendered appendages, manipulates their digital environment: the Internet is a tool, and they know how to use it! The Followed reside in a hall of funhouse mirrors: they live to be seen but lack genuine connection, only seeing reflections of themselves in all those who follow them. The Isolated stand apart in their own dark corner of the Internet: they have all the tools for connection, but their connectivity is weak, their image is pixelated, and their voice comes out as garbled echoes.
chloekarayiannis.co.uk
IG: @3d.gd
Creative Direction ~ Chloe Karayiannis
Photography ~ Colin Hughes
Hair and Make-up ~ Gregg Hubbard, Emily Maria Wright, Jasia Stewart, Chelsea Finkel
Choreography ~ Jessica Hu
Project Management + Poetry ~ Meetra Javed
Clothing ~ Assembly New York ; Francis Balken
Location ~ Beyond Studios
Model ~ Kiki Harada ; Luther Young ; Thalia Kelly ; Becca Broderick ; Julia Sklar
Sound Designer ~ Chris Borelli 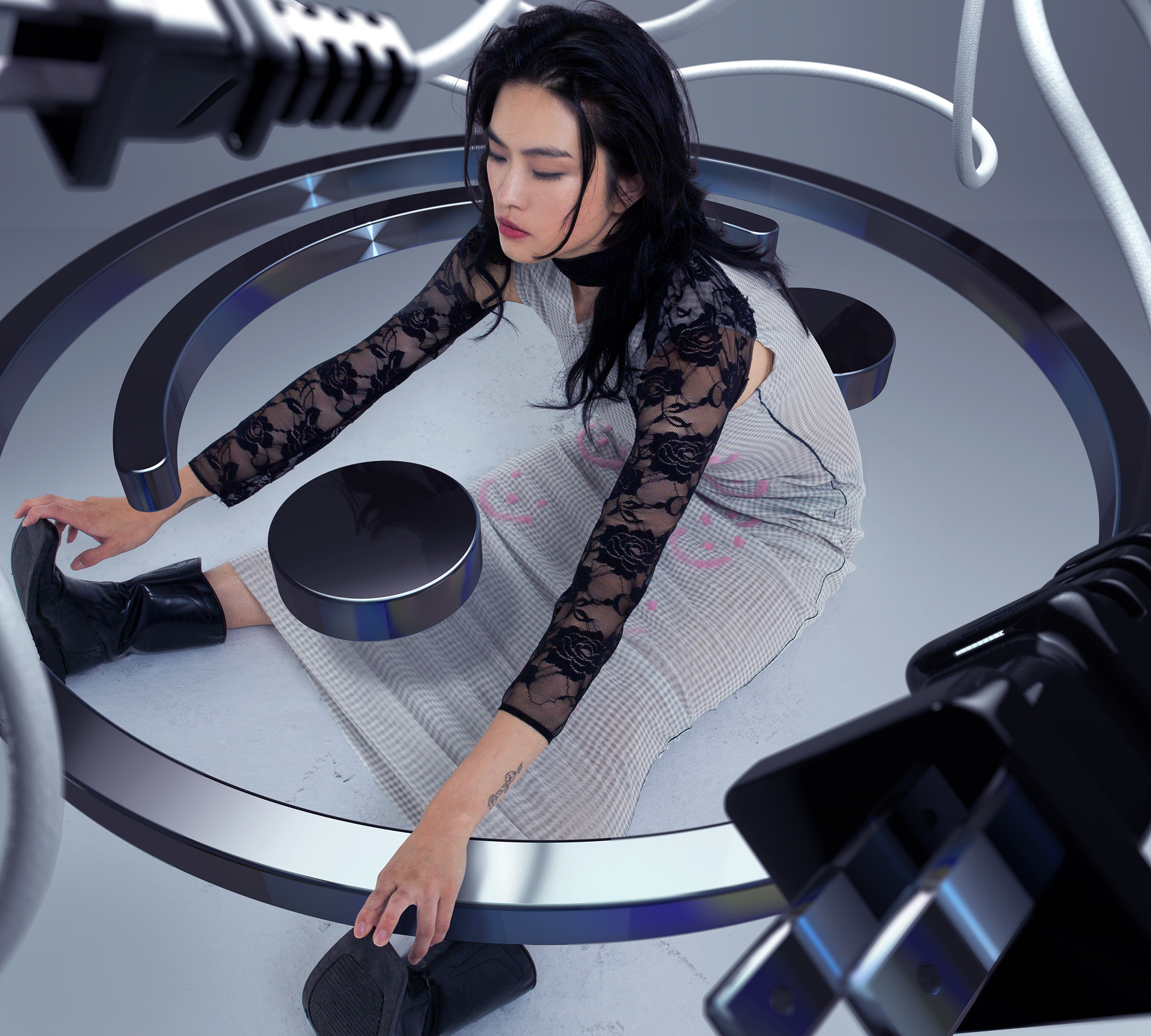 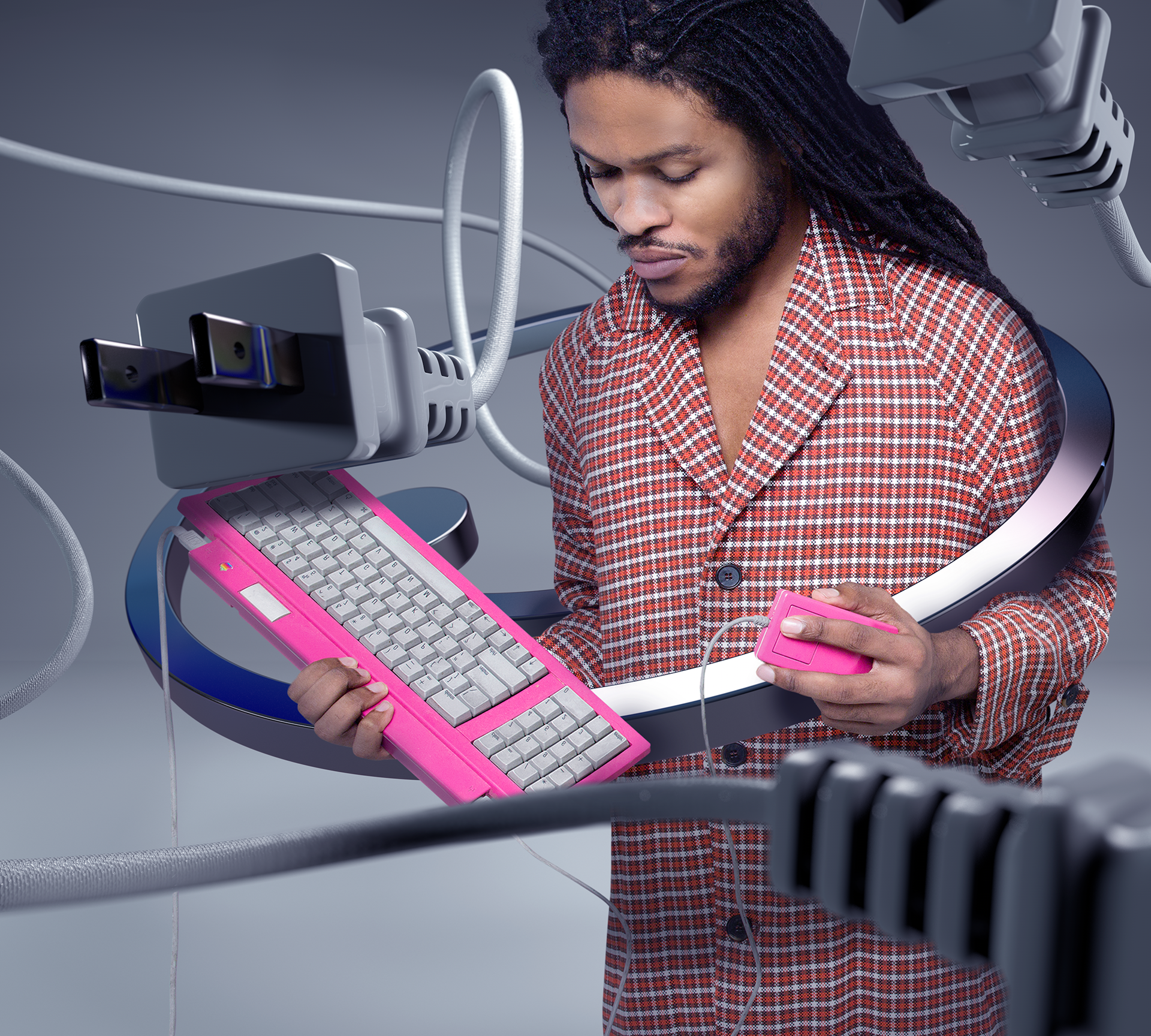 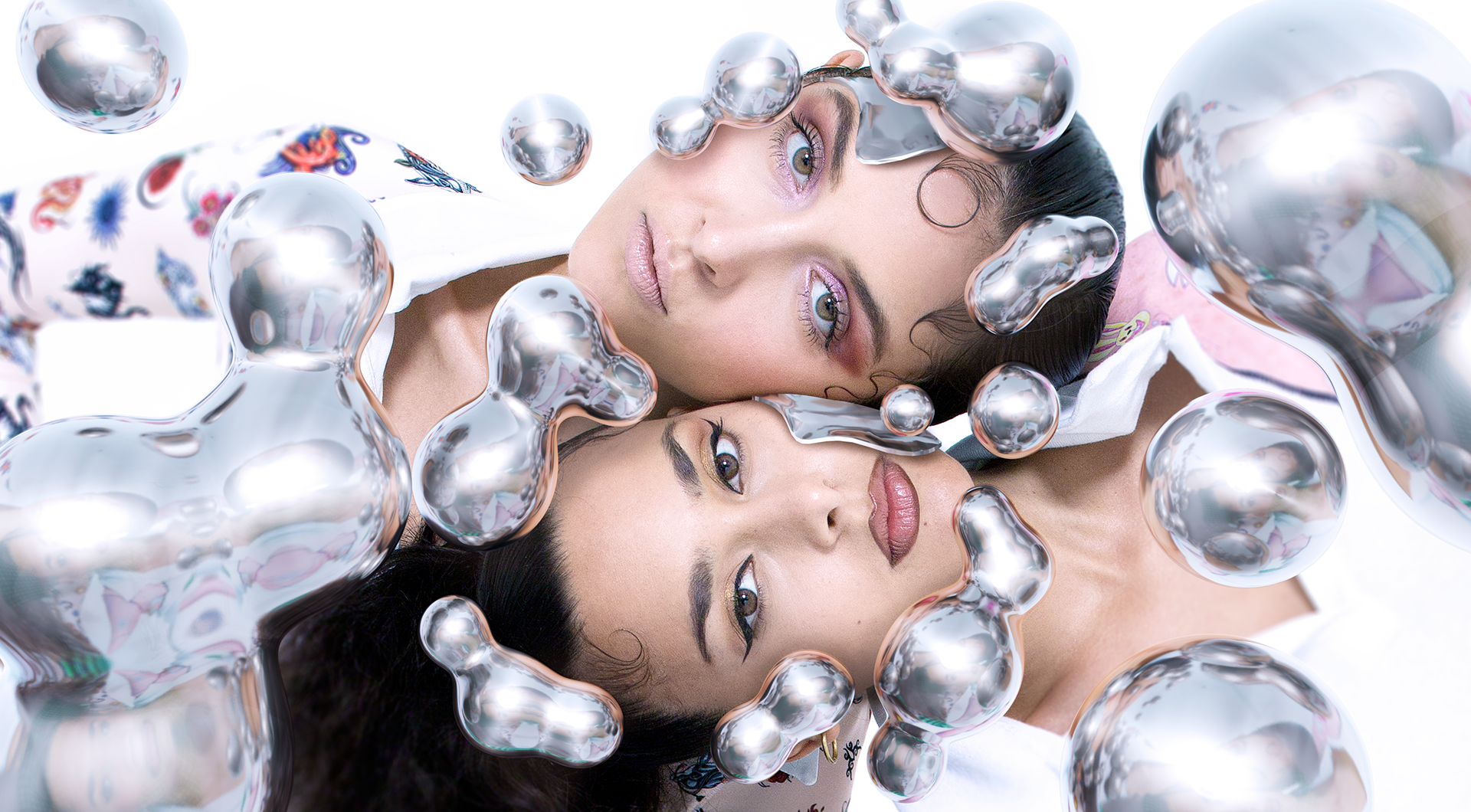 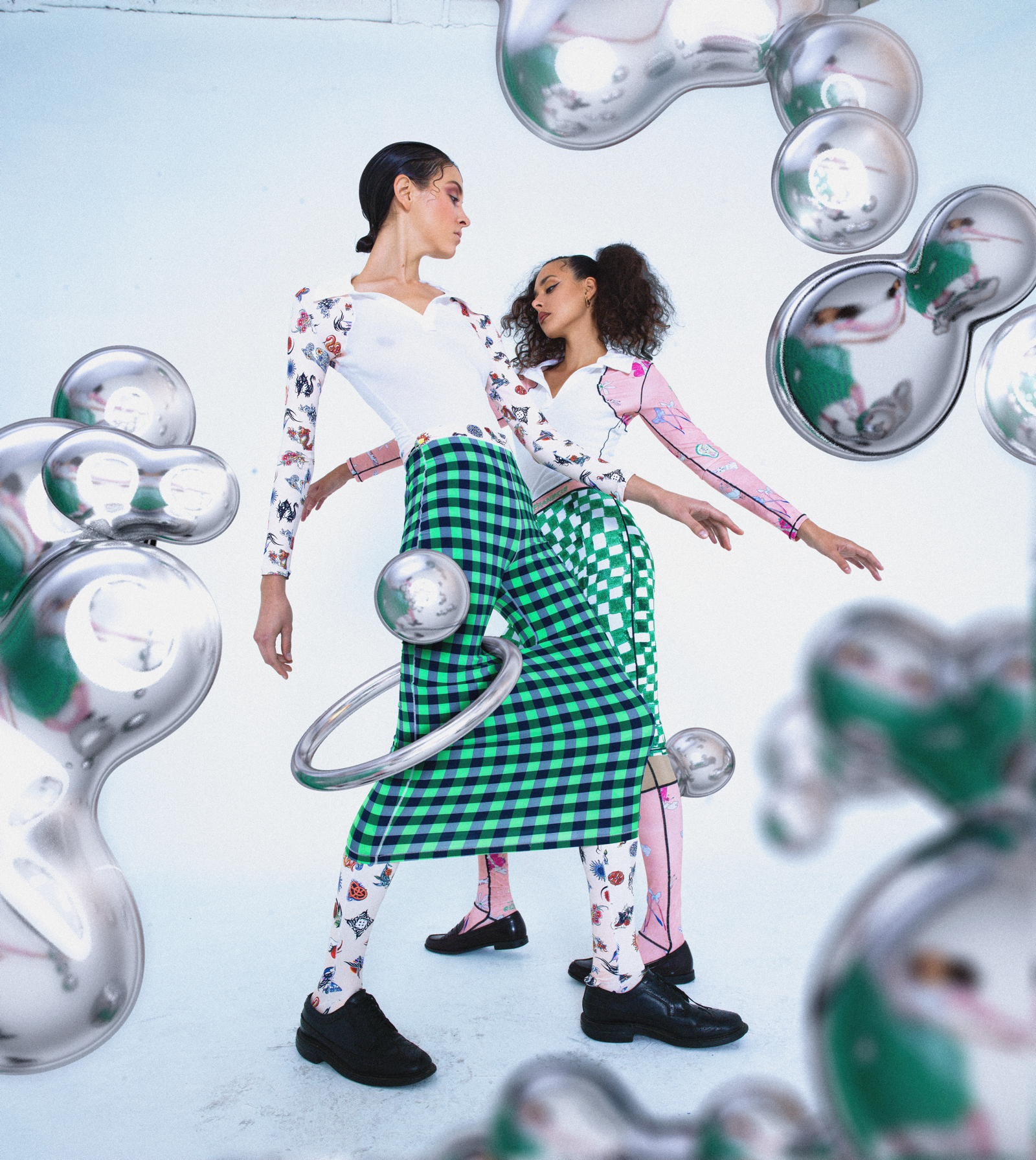